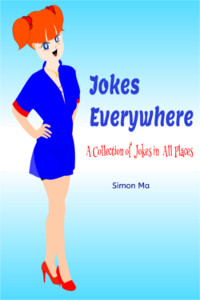 From the hell to the heaven, jokes are everywhere!.

This book is different from other joke collection books in three ways.

First, jokes are categorized to different locations in each chapter, for example, on the beach, in the bedroom, in the pub….

Second, only jokes with a story are included. Although some one-liners, and pick-up lines, are witty and maybe hilarious, I personally prefer jokes with a story. When I was the editor for JokesLab Magazine a few years ago, many readers expressed similar preference.

Third, all jokes deserve a title. Although giving a title to each joke may be just joking, you can easily recall (re-enjoy, or even use) the jokes from your memory with the help of the little title.. 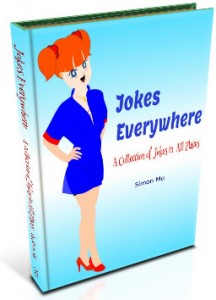